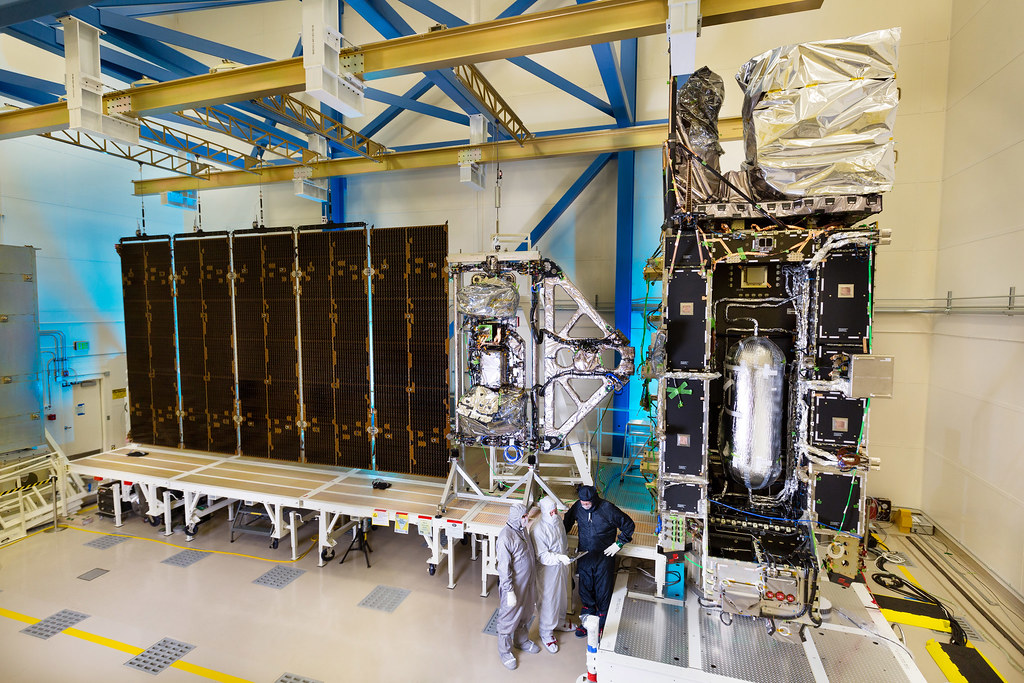 The environmental testing will take place at Lockheed Martin Corporation’s Littleton, Colorado, facility where the spacecraft is being built. The satellite will be placed inside a large (29’ x 65’) vacuum chamber, where it will remain through late summer. During the thermal vacuum test, the satellite is exposed to the extreme hot and cold temperatures it will experience in space as it orbits the Earth with temperatures ranging from -15 degrees Celsius to 50 degrees Celsius. The satellite will also undergo vibration testing to simulate the experience of launching into space aboard a rocket, and electromagnetic testing to ensure it is properly protected from electromagnetic phenomena in space, like solar flares.

“The start of the environmental testing period is a critically important time for the spacecraft,” said GOES-R Series Program Director, Greg Mandt. “This milestone marks the shift from the development and integration of the satellite to the final testing phases that will prepare the satellite for the rigors of space before its delivery to the launch
location later this year.”

The GOES-R satellite is scheduled to be launched in March 2016 aboard an Atlas V launch vehicle from Cape Canaveral Air Force Station in Florida. Once launched, the satellite will be known as GOES-16 and will immediately be placed in a test location at 89.5 degrees West longitude for an extended checkout period. During post launch testing and extended validation, the GOES-R satellite will be operational, providing observations during the 2016 hurricane season. At the conclusion of the checkout, the satellite will be placed into either the East or West location depending on the health and performance of the other GOES satellites in NOAA’s constellation.

The program is a collaborative effort between NOAA and NASA to develop, deploy and operate the satellites. The GOES-R series satellites will provide continuous imagery and atmospheric measurements of Earth’s Western Hemisphere and space weather monitoring to provide critical atmospheric, hydrologic, oceanic, climatic, solar and space data.